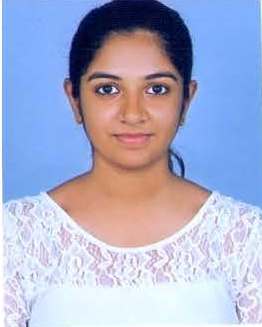 Assamese is an Eastern Indo-Aryan language spoken mainly in the Indian state of Assam, where it is an official language. It is the easternmost Indo-European language, spoken by over 15 million speakers, and serves as a lingua franca in the region.

Nefamese is an Assamese-based pidgin used in Arunachal Pradesh and Nagamese, an Assamese-based Creole language is widely used in Nagaland. The Rajbangshi dialect of Rangpur division of Bangladesh and Cooch Behar and Jalpaiguri districts of India are linguistically closer to Assamese, though the speakers identify with the Bengali culture and the literary language. In the past, it was the court language of the Ahom kingdom from the 17th century.

Along with other Eastern Indo-Aryan languages, Assamese evolved at least before 7th century CE from the middle Indo-Aryan Magadhi Prakrit, which developed from dialects similar to, but in some ways more archaic than Vedic Sanskrit.

Its sister languages include Angika, Bengali, Bishnupriya Manipuri, Chakma, Chittagonian, Hajong, Rajbangsi, Maithili, Rohingya and Sylheti. It is written in the Assamese script, an abugida system, from left to right, with a large number of typographic ligatures.

“The palaeography of Assamese script goes back to 5th century AD. It’s mucholder than Bengali. In fact, the mother script of both is Kamrupi Prakrit, an offshoot of the Brahmi script of Ashokan times. All east Indian languages such asAssamese, Bengali, Maithili and Oriya developed independently.” 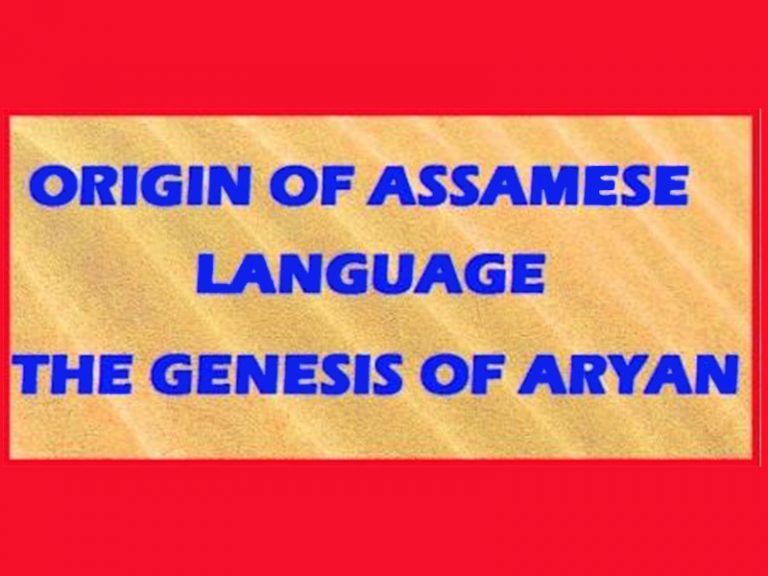 Assamese originated in Old Indo-Aryan dialects, though the exact nature of its origin and growth is not clear yet. It is generally believed that Assamese (Assam) and the Kamatapuri lects (Cooch Bihar and Assam) derive from the Kamarupi dialect of Eastern Magadhi Prakrit by keeping to the north of the Ganges; though some authors contest a close connection of Assamese with Magadhi Prakrit. The Indo-Aryan language in Kamarupa had differentiated by the 7th-century, before it did in Bengal or Orissa. These changes were likely due to non-Indo-Aryan speakers adopting the language. The evidence of the newly differentiated language is found in the Prakritisms of the Kamarupa inscriptions.

A fully distinguished literary form (poetry) appeared first in the fourteenth century— in the courts of the Kamata kingdom and in the courts of an eastern Kachari king where Madhav Kandali translated the Ramayana into Assamese (Saptakanda Ramayana). From the fifteenth and sixteenth centuries, songs – Borgeets, dramas – Ankiya Naat and the first prose writings (by Bhattadeva) were composed. The literary language, based on the western dialects moved to the court of the Ahom kingdom in the seventeenth century where it became the state language. This period saw the widespread development of standardized prose infused with colloquial forms in Buranjis.

According to Goswami (2003), this included “the colloquial prose of religious biographies, the archaic prose of magical charms, the conventional prose of utilitarian literature on medicine, astrology, arithmetic, dance and music, and above all the standardized prose of the Buranjis. The literary language, having become infused with the eastern idiom, became the standard literary form in the nineteenth century, when the British adopted it for state purposes. As the political and commercial center shifted to Guwahati after the mid-twentieth century, the literary form moved away from the eastern variety to take its current form.

Assamese is native to Brahmaputra Valley consisting of western and eastern Assam. It is also spoken in states of Arunachal Pradesh and Nagaland. Presence of Assamese script can be found in Rakhine state of present Myanmar. Pashupati temple in Nepal also have inscription in Assamese showing its influence and prosperity in the past. There are also significant Assamese-speaking communities in Australia, Dubai, the United Kingdom, Canada, Nepal and the United States.

The script of the Assamese language varies from that of the Eastern Nagari script. The Assamese script has its source from the Gupta script. The Assamese script has a very unique style of writing basically on the bark of the `saanchi tree`. Initially in those days some of the religious texts and chronicles in Assamese can also be seen in this bark. At the time when people started to write in Assamese language the spellings were not phonetic. But later specific spellings were brought which were more based on Sanskrit. The introductions of these spellings were mainly done through Hemkosh, which is the second dictionary of Assamese. 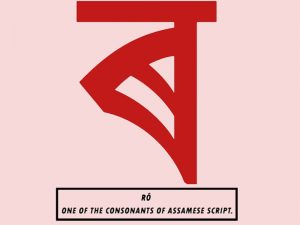 There is a growing and strong body of literature in this language. The first characteristics of this language are seen in the Charyapadas composed in between the eighth and twelfth centuries. The first examples emerged in writings of court poets in the fourteenth century, the finest example of which is Madhav Kandali’s Saptakanda Ramayana. The popular ballad in the form of Ojapali is also regarded as well-crafted. The sixteenth and seventeenth centuries saw a flourishing of Vaishnavite literature, leading up to the emergence of modern forms of literature in the late nineteenth century.